১১ শিব মন্দির যশোর
Grouped temples constitute a very important part of Bengal temple architecture. Usually, such temples are identical in style and size that are grouped together and arranged in a geometrical pattern. There are a few varieties of grouped temple styles, notably 4-Shiva temple, 11-Shiva temple and 12-Shiva temple, in Bangladesh. The most prominent examples are 4-Shiva temple (straight line pattern) at Dhakeswari in Dhaka, 11-Shiva temple (rectangular pattern) at Abhaynagar in Jessore, 12-Shivalaya temple (square pattern) in Joypurhat, and 12-Shiva temple (two parallel straight line pattern) in Satkhira. There was another 12-Shiva temple at Dhulgram in Jessore, on the bank of Bhairab River, which was washed away by the river.
Among the heritage sites of Jessore, the key attraction is the 11-Shiva temple complex at Bhatpara village in Abhaynagar upazila, 45 km southwest of Jessore town. The grouped temple is a large brick complex, with clay terracotta plaques. The 11 temples are arranged on four sides of a rectangle setting, with an uncovered courtyard in the centre. The eastern and western sides of the rectangle have a row of four single temples each, while there is a row of two single temples in the south and a single large temple on the north.
There is a story behind the construction of the grouped temple. According to legend, Raja Nilkantha Roy of Chanchra Raj had a daughter, Devi Abhaya. Later, the area was named ‘Abhayanagar’ after her. Raja Roy got his daughter married to Nilambar Roy, son of a Narail zamindar. Within a few days of the wedding, Nilambar died of an incurable disease. As a result, Abhaya became a widow at a young age. Hindu widows were not allowed to remarry at that time. So, the princess expressed her wish to spend the rest of her life in the worship of Lord Shiva. The Raja then ordered his dewan (chief minister) Hariram Mitra of Baghutia to construct a new royal palace and a Shiva temple for his widowed daughter.
Upon instruction from the Raja, Mitra built a new royal palace and a grouped Shiva temple at Bhatpara in Abhaynagar. Apart from this temple complex, Raja Nilkantha Roy also built separate temples for different deities at different locations in Abhaynagar, including a 12-Shiva temple complex at Dhulgram.
In 1947, the then zamindar of the area left for India. Since then, the temple complex has become abandoned. Once, the 11-Shiva temples were adorned with beautiful terracotta plaques. The temples, in their peaceful natural setting, have lost much of their charm over the course of time due to lack of attention from the authorities. The situation got worse when the roofs crumbled, the corners of the temples were badly damaged and the ruins were overgrown with foliage. The Department of Archaeology (DOA) has declared the temple complex as a protected monument. It started some sort of restoration, but the work had to be suspended due to financial problems. n
References: Late Mediaeval Temples of Bengal: Origins and Classification by David J Mccutchion (Asiatic Society, Calcutta, 1972); Jashor Khulnar Itihash, Vol-2: A History of Jessore and Khulna by Satish Chandra Mitra, 1914; A Report on the District of Jessore: Its Antiquities, Its History, Its Commerce, 1871; Bangladesher Mandir by Ratan Lal Chakrabarti (Bangla Academy, 1985).
photographer :
Md Dalour Hosen DH Dilsan
bdilsan@yahoo.com
magpienews24@gmail.com
01712692220 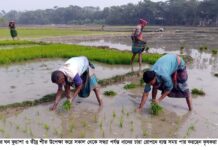 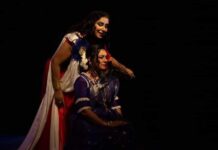 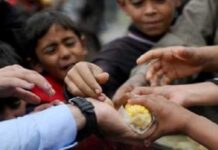 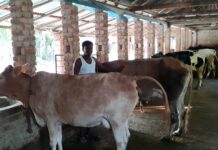 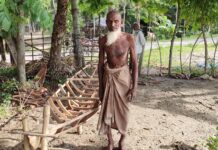 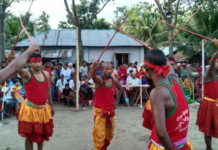